Rosewood Park School might look like it’s in the middle of nowhere, but the area around it is about to change.

On Monday night, city council approved the neighbourhood plan for Coopertown, the area surrounding the school.

Developers can now move on to the next stage of planning for this northwest corner of the city.

“Detailed planning will probably finish this year. We’ll start servicing next year, so what that would mean is we’d start moving dirt and putting roads and pipes in underground, and we would see the first housing occupied in 2019,” Jason Carlston, Dream Development’s vice president, said.

When the area is complete, developers hope 2,000 acres will be home to 36,000 people, which is a population roughly the same size as Moose Jaw.

Development is expected to take 25 to 40 years and will include six unique neighbourhoods with extra wide bike lanes, edible landscapes and urban villages.

At council, there were questions over whether the city should be growing out instead of focusing on its infill targets and preventing urban sprawl.

“There are lots of moving parts to development, and we do have infill development happening,” Mayor Michael Fougere said.

“I think over a period of time, if we continue to not be [at our infill target] or close to it, then we’ll have another conversation,” he said.

The current Mosaic stadium site will be developed into 700 units soon, and other development companies have also applied to build downtown, Fougere said. 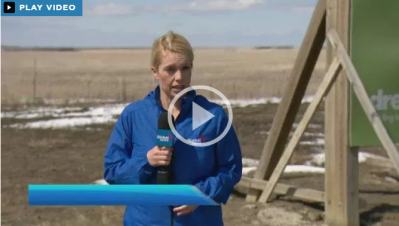